My first wobbly steps towards fossil-free future: experience in installation of V2H system in Shropshire 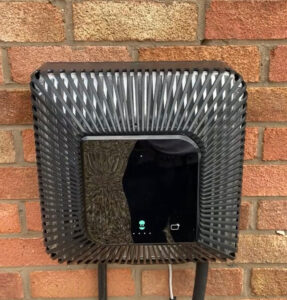 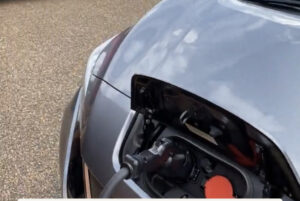 The idea of both Vehicle-to-Grid (V2G) and Vehicle-to-Home (V2H) involves the integration of the battery of a battery-powered electric vehicle (BEV) and harnessing its energy to power the Grid or Home. This is not just a concept anymore. There were at least two V2G trials in the UK started around 2018. They were conducted by two different energy suppliers: OVO energy and Octopus energy utilising Indra and Wallbox Quasar bidirectional chargers respectively. Both schemes have ended now and the companies are analysing data and preparing reports. These trials were also the first ever attempt to work out balancing mechanisms with the National Grid. Hopefully, we will see some very interesting reports soon and, perhaps, some future commercial products. As of April 2022, Indra embarked on a V2H innovation trial for over 500 participants. The applications were closed on 30/09/2022 and now the company is implementing Phase 1 of the trial with focus on CHAdeMO vehicles.

I bought a BEV, Nissan Leaf, in 2018. I was not energy savvy at that time and I did not even know what CHAdeMO stands for. The fact that my car allows bidirectional current flow came to my surprise a couple of years later. After some superficial research I found that one of the first V2H systems was implemented in Japan back in 2012. I remember asking my Nissan dealership about V2H and, to my amazement, they were oblivious about it. Unfortunately, I missed a chance to be enrolled into any V2G schemes because I was not aware of their existence. It seemed logical to me using some of the BEV’s 62kWh battery to power the house rather than investing in separate battery storage. So, I decided to have a go with it. Because my V2H project was not affiliated with any major V2G trials, I was faced with a prospect of independent procurement, complying with Distribution Network Operator (DNO) requirements, finding a qualified electrical contractor as well as taking associated risks with it. My choice went to a Wallbox Quasar bidirectional charger because it was the only model that I found available on the market. My enthusiasm grew stronger when Wallbox team told me that they were planning to release V2H software in few months. By autumn 2021 I placed an order for the Quasar, however, it took about 4 months to be delivered. The process of getting an application approved for connecting Quasar to the Grid turned out to be straightforward but took another month. The real challenge was to coordinate and keep everyone in loop: DNO, an electrician and Wallbox team. I must say we all had a bit of a steep learning curve as an installation of this kind was not routinely performed at that time.

Although the commissioning day of Quasar was 23/05/2022, it did not have a fully functioning V2H capability at that time as the installation was missing a key component, an energy meter. I could charge and discharge my Nissan Leaf’s battery by tweaking a dial on the Wallbox app. This allowed me manually to adjust the energy requirements of home electrical appliances (e.g. electric cooker, washing machine, air source heat pump etc.) to the current flowing from the Nissan Leaf for some time. Basically, I was trying to match my house energy needs with the power being discharged from BEV. Monitoring the energy dynamics on my Zappi charger provided me with some guidance how much amperage to apply. It was not a very successful experience as the house appliances tend to produce some unpredictable swings in energy consumption, which resulted in unavoidable over- or undershoot in energy balance of the home. The Quasar needed a wired connection to a specific energy meter, EM112 Carlo Gavazzi to operate V2H correctly.

I must admit that the Wallbox team, although being helpful when asked a specific question, seemed to lack clear tutorials or instructions related to V2H setup. I had to draw the bits of missing information from them piecemeal. Wallbox technical support is only available via the app and emails. The website has a promising feature, Wallbox Academy, with lots of helpful articles but they appear to be poorly indexed and to find the right link is next to impossible. The suboptimal Wallbox service support process contributed not only to my frustration but made the installation for the electrical contractor quite challenging.

Finally, the V2H functionality of Wallbox Quasar charger went live on 27/10/2022. I have been running it for few days so far and it is a bit too early to come to any conclusions. My first impression is that it does the job, however, the system latency and accuracy remain obscure. Due to the lack of a Wallbox V2H operating manual (videos or written materials), I am still learning how it works on empirical level.

In summary, the independent installation of a V2H system (in my case, Wallbox Quasar bidirectional charger) is possible and it offered me some degree of freedom from contractual obligations with either the energy company or the manufacturer. On the other hand, it was a bit of an expensive project and, currently, it is not possible to predict if I will ever see a return on my capital investment. The total cost went to just over £4,000.

My ‘Big Thanks’ to my electrical contractor, Jamie Betton, at J. Betton Electrical Services Ltd. His positive attitude coupled with brilliant expertise were the essential ingredients for this project to become reality.