Soil: Not just a pile of dirt 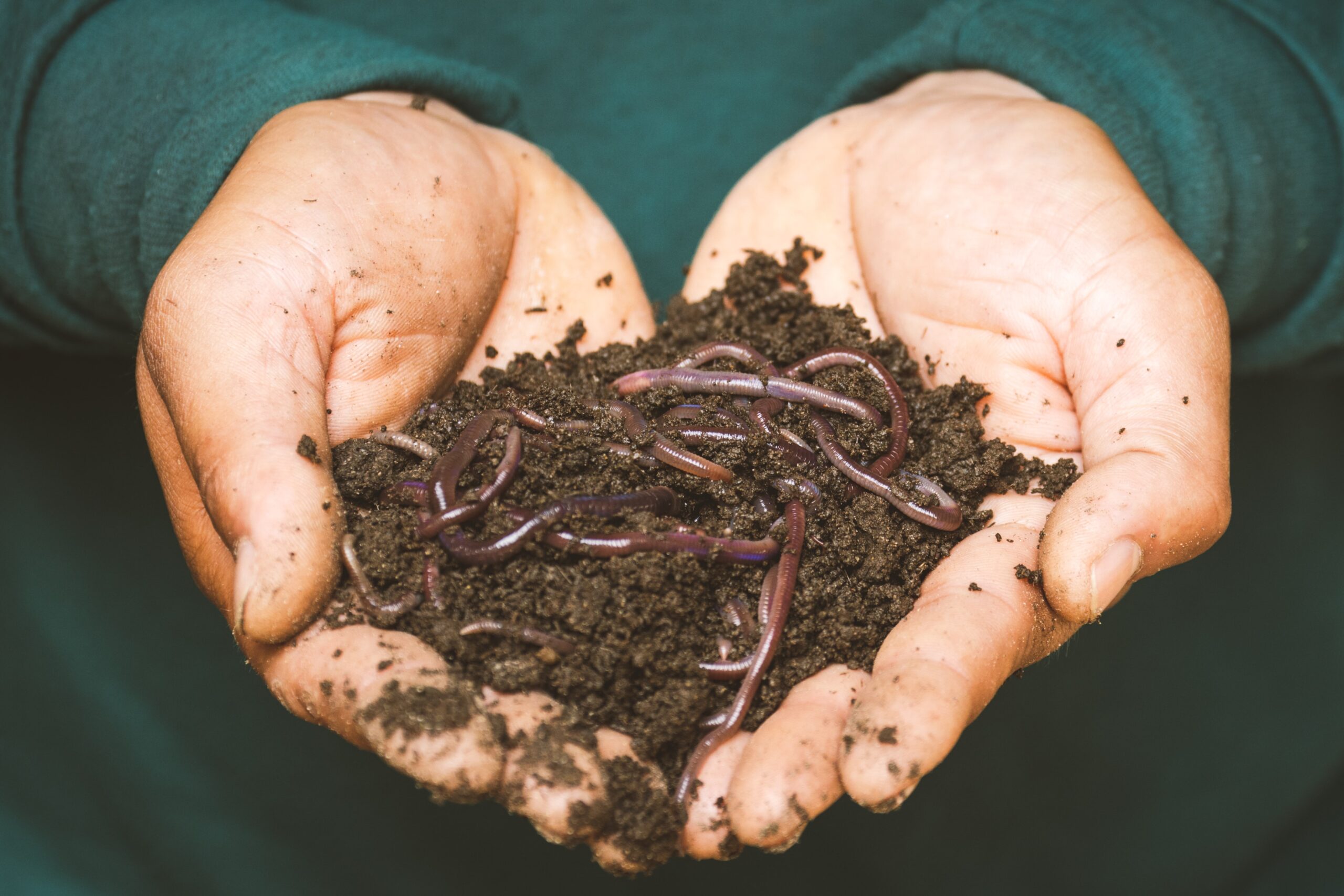 Article by Millie Peach     |     Photo by sippakorn yamkasikorn on Unsplash

Soils are much more than just dirt. They are complex and dynamic systems, teeming with life. Diverse communities coexist, made up of organisms such as bacteria, fungi, nematodes, insects, and larger fauna such as mice and moles. They burrow, dig, and tunnel around one another, transforming the earth around them.

Each member of the community has its own prescribed role. Take worms as an example. Worms are the primary engineers of the underworld. They mix and aerate the soil, making space for water to drain into and be stored. Without worms, water collects on the land surface and increases the risk of erosion and flooding. Worms also help to improve the quality of soil by controlling disease and recycling nutrients from dead matter.

The cast (excrement) released by worms, is rich in soil organic matter (SOM) which naturally fertilises the soil by providing nutrients for plants. It also strengthens the soil by improving its structure. Plants grow best in soils that have lots of SOM due to its beneficial properties: strong aggregation, high nutrient content, high water holding capacity and resistance against erosion.

Plants also help to keep soils healthy. Their roots stretch deep into the soil and continuously respire, releasing CO2 into the pore space around them. This CO2 dissolves in water making a weak acid. When the weak acid encounters sedimentary rocks in the soil, it weathers them, and releases dissolved minerals into the soil.

When soils used for agriculture get degraded, it either leads to intensive use of fertilisers, or new land is sought after to grow crops. This can act as a driver of deforestation which exacerbates the effects of climate change.

This is not the only role that soils play in our fight against climate change. Soils are also able to naturally capture and securely store atmospheric carbon through a process called ‘soil carbon sequestration’. Carbon that has been absorbed from the atmosphere by plants enters the soil as dead matter. This matter is decomposed by organisms living in the soil and eventually transformed into a substance called humus – not to be confused with hummus (the Middle Eastern dip).

Humus is robust and not easily degraded which means that carbon can be stored in the soil for a very long time. Some carbon in soil humus has been found to be thousands of years old. Current estimates suggest that almost 4 times as much carbon is stored in the top 3 metres of soil compared to all terrestrial vegetation [Hugelius et al. 2014]. According to a recent UK GOV publication, Summary of the state of the environment: soil, UK soils currently store about 10 billion tonnes of carbon which they roughly equate to 80 years of annual UK greenhouse gas emissions.

It’s a win win! The soils are simultaneously stabilising atmospheric CO2 and being enriched with carbon which maintains soil fertility.

Soils are just another example of the incredible natural systems we have around us. By applying our knowledge of how to protect soils we can enhance their natural ability to support highly productive ecosystems and stabilise the climate. To find out more about how to preserve and harness the power of soils check out our post on soil conservation.